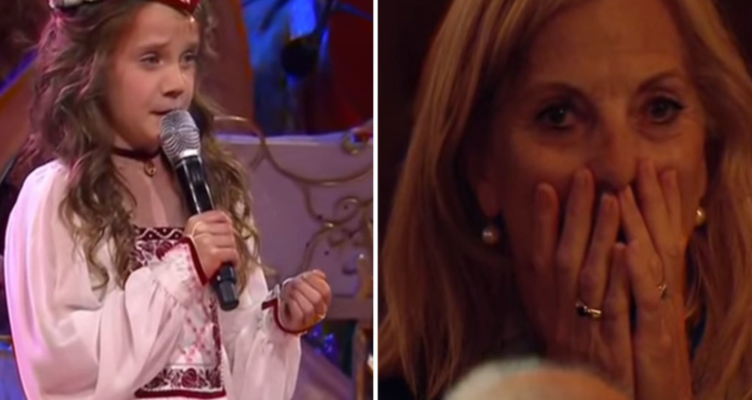 When you are blessed with passion and talent, you can go really far. Just ask Amira Willighagen.

This danish girl dreamed of becoming a singer at the age of 7. It’s not exactly something you can achieve easily, but Amira was determined. She sat at her computer and watched video after video of famous opera singers, sang with them and learned what they do.

Two years later, without taking a single voice or music lesson, Amira won “Holland’s Got Talent” because of her powerful voice. She decided that she would win – and she succeeded!

Amira quickly became a worldwide sensation, and in the video below, the amazing singer joins the orchestra of Andrea Rio and John Strauss, in Maastricht, Netherlands.

With her stunning performance to O Mio Babbino Caro, the young singer amazed the 10,000 spectators right off the moment she opened her mouth and brought out the first note. It’s impossible not to get excited when you see and listen to her sing.