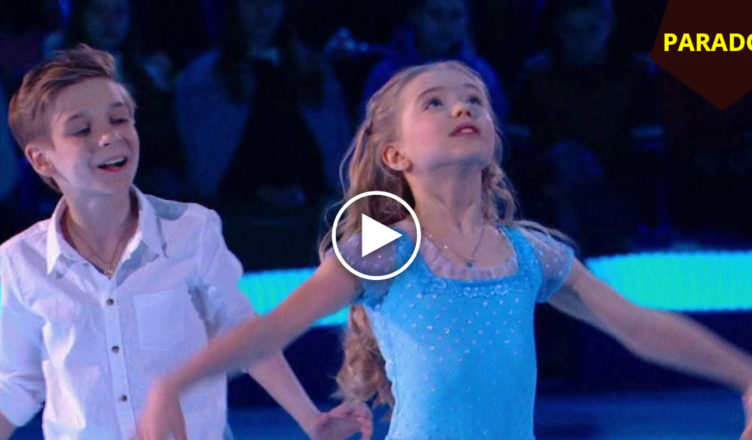 Two little kids ran across the ice to Leonard Cohen’s Hallelujah, and it was one of the most beautiful performances ever. Their names were Evelina Pokrasnetseva and Ilya Makarov.

At that time, Evelina was only 8 years old, while Ilya was 10 years old. They skated as if they were born on ice. They appeared in the framework of the Russian TV show “Children of the Ice Age”.

They were skating on the ice holding each other’s hands, a handsome and wonderful couple with a beautiful smile on their faces. When they reached their mark, they lay on their backs, staring upward.

“Hallelujah” began to play and they began to move. Gradually they rose to their knees and finally stood firmly on their skis. Their performance seemed to tell about a young love story.

Ilya and Evelina looked at each other carefully as they both glided delicately across the ice. They waved and twirled as they drifted apart a little and then joined together again.

He picked her up and spun her over the boulder, just a movement that required a lot of balance and confidence. He never doubted his abilities for a second, and none of them hesitated even a little.

Their performance was very wonderful and most of all it was heartfelt. They finished their performance in the same positions, with their backs on the ice and their eyes fixed on the sky.