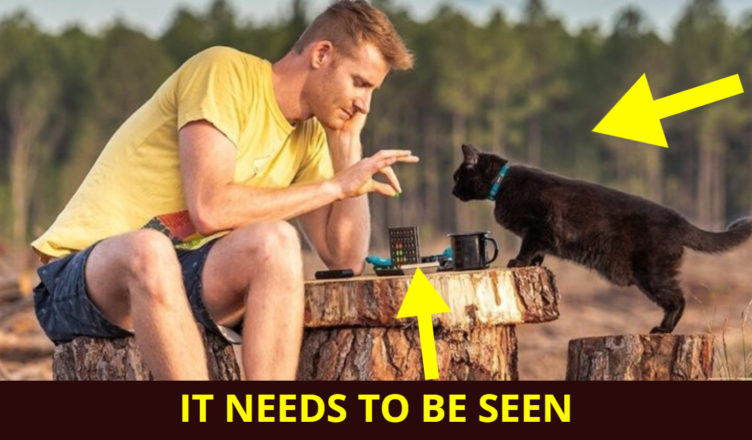 Richard East, a young man from Australia, decided to quit his job and travel with his sweet cat.Meet Richard and his beloved cat Willow, who is a very precious soul for her owner. This two has a very special relationship.

Willow means practically everything for Richard. She rescued him during his difficult time. And now they are inseparable friends.This adorable cat was adopted by Richard’s ex-girlfriend from the Hobart shelter. Though the owner was not Richard, Willow fell in love with him, when she met Rich first time.

That time, the cat was 2-year-old and, since then, she never leaves Richard not even a minute, especially during his harsh days.When Rich’s girlfriend one day broke up with him, it was Willow, that helped him to overcome his tress.When she refuses to take care of Willow, Richard was glad to become the owner of this lovely cat.

Richard found Willow very sweet and affectionate, who likes cuddles, as all the other cats.He felt a lifetime responsibility for this adopted cat and is ready to do for her everything he can.It was a dream for Richard to travel with his beloved cat, so in order to realize this dream, he sold everything he owned, gave up his job and started to travel with Willow in his van

During his travel, he met many other adventurers with their cats.This duo has been in many places over Australia, they visited both South and Northern Australia, sailed and camped on high mountains.Willow is also very adventurous, she likes to explore and spend time outside. She made Rich’s van into a sweet home, and Australia became her backyard.They have also an Instagram account, where they have more than 100,000 followers.