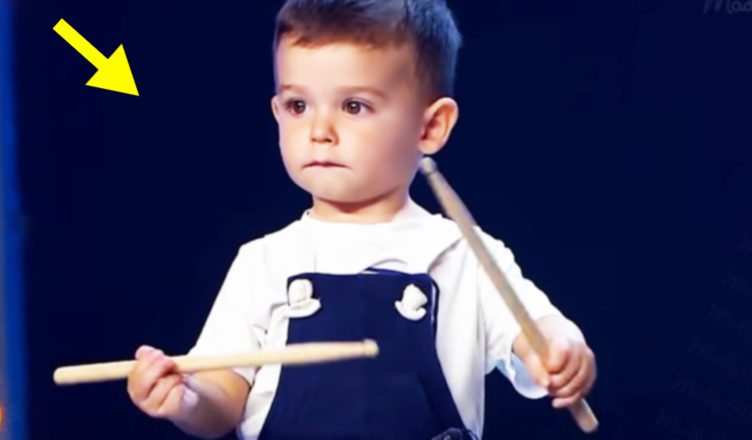 A young wonder in Spain has unexpectedly auditioned in the kids’ edition of Spain’s Got Talent to showcase his exceptional skills in drumming. This 2-year old kid named Hugo Molina has shocked the judges with his stunning performance.

Hugo is much relaxed and confident about what is expected of a 2-year old lad, unlike any other contenders. He doesn’t really care if the judges will say yes to his performance.But apparently, the performance was so stunning and flawless that most of the show’s judges rose to their feet to commend the little guy with his performance.

Though it’s very unusual for a 2-year old kid to play drums, Hugo has totally nailed the stage and literally conquers the hearts of not only the audience but all the viewers worldwide.
This only gives us a glimpse of how talented kids could be if properly trained and guided by their parents from a very young age.

At the end of the night, it’s not surprising that all four judges say yes to this little wonder. His superb act has proven that talent comes in all ages.This video has become mainstream worldwide, which received thousands of positive comments and inspirational messages to inspire other aspiring contestants of the show.