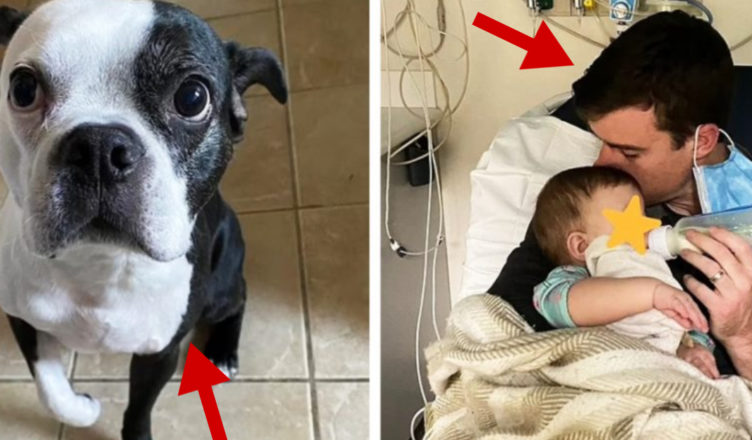 Maybe you have heard many stories about dogs and their loyality.But here is a real hero who literally saved the little baby’s life.

An author from Boston named Kelly Andrew told what had happened in their house one night. Their baby was ill and she was looking after her. But she wasn’t the one who was concerning about her baby. Their dog Henry was also anxious.

He was continuously coming the baby’s room checking if everything is normal. Then he began to push the door to enter it and the woman got annoyed of his such behavior. She worried that her daughter would wake up.

But the dog sensed something bad. He shoved the door several times in order to smell her. Then the woman tried to get him out of the room when she noticed that her baby had turned blue and didn’t breathe. She immediately called her husband and they took the girl to hospital. Kelly realized why the dog was acting in such way. If he didn’t behave himself like that their daughter would’t be rescued.

And this all is due to the dog’s sense of smell. It is 40 times stronger than the human’s. The animal can snif certain illnesses that’s why they are used as service dogs for those who need medication.

This touching story was spread on social media quickly. After some time Kelly stated that the baby’s health condition is well. The hardships passed. So this clever dog did’t allowed his little owner to feel sick and saved her life.