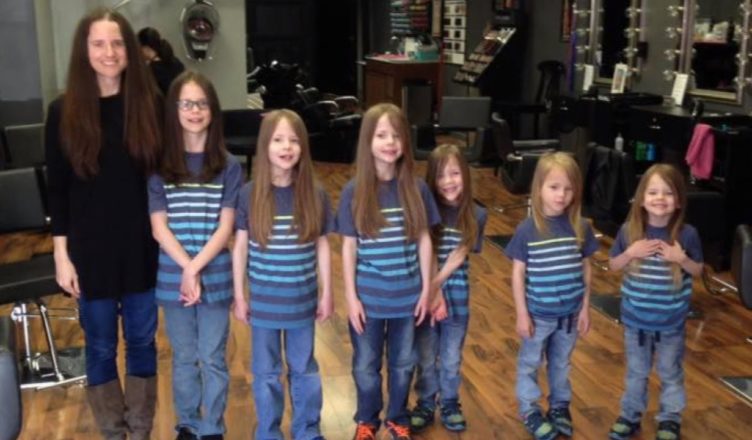 When you see someone else doing something you think is strange or don’t agree with, ask yourself this question: Does it hurt someone?If the answer is no, then maybe you should get away from it and deal with your own business. You do not determine what is best for people, especially if you have not bothered to find out why they are doing these things. If the answer was yes, you might have given a different perspective to the whole situation. Phoebe Kannisto has six sons: a three-year-old trio, 8 years old twins, and a 10 year old. The family lives in Chittagoga, New York, and until recently, all six boys had very long hair.

Hair length or haircut are examples of things that do not hurt anyone. It’s a personal choice, and we all have to respect it, whether we like the hair style or not.Would you like to be laughed at? Probably not.Still, many people do not understand this simple subject and choose to comment on everything, even about the hair of some boys. All six boys were victims of bullying at school because of their long hair. And these were not just kids their own age who were bullying, the adults had things to say too. And adults need to know better than that.

What all these bullies did not understand was that the boys were growing their hair for a very special reason. They lost a friend of the family who died of cancer, and some of the boys were very close to him. Their friend’s death affected them greatly and they wanted to do something to help.So all six boys raised hair and donated it to children with cancer. It took them a very long time, but at the end the boys contributed nearly 6 meters of hair!

Watch the video below:

Before you laugh at someone or act like a bully because of something you do not understand, take a minute and think about what you are doing. If it does not hurt anyone, then it’s none of your business!