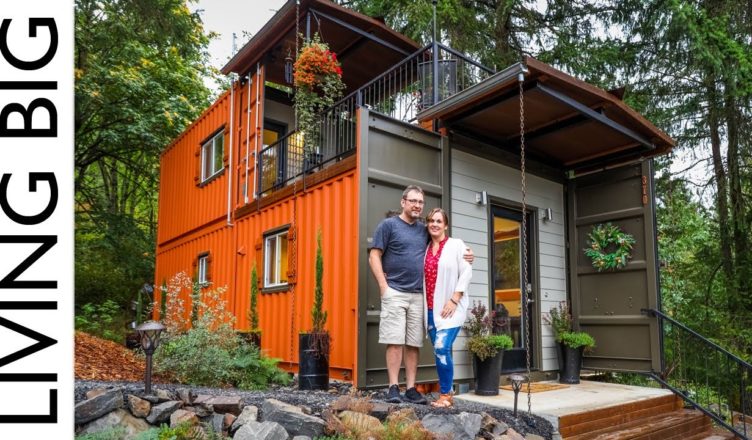 Vancouver natives Jaimie and David moved into a Kalama, Washington condominium after rearing their three children to adulthood.

There they were just another couple living the “American Dream” in a condominium, but the rat race continued: work, pay a mortgage, and pay bills. It was the typical American “wash and repeat.” Hence, circa 2017, the couple decided to go on a mission to break this furious and exhausting cycle, so they put their energies into a bold and ambitious DIY home building project.

This became their life mission. They decided to obtain cost-friendly discarded shipping containers in which they could design their home themselves, get rid of almost their debt, and produce something they could both be proud of.

Their hard work was certainly one that contained plenty of “tough love,” because David developed a brain bleed while they were working on the project. If you’ve ever faced any type of hardship, which certainly most of us have, when you “come out the other side,” you can look back and see how that adversity has built strength and stamina.Perhaps that is why the project actually served to help David and Jaimie through this physical and mental trauma. Once they had their dream accomplished, they were able to never have to face another mortgage payment.

Another Advantage of a Unique Shipping Container Abode

Insulation is a critical component of any housing structure, and it goes without saying that effective insulation goes a long way in conserving energy and reducing utility expenses.

The heavy metal construction of these containers supplies much of the insulation naturally and leaves little to be added. Additionally, space conservation is another contributor to reduced energy expenses.