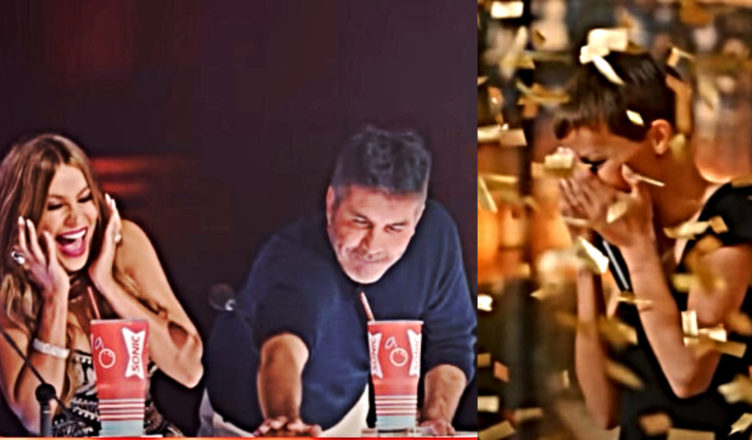 Simon Cowell pressed the Golden Buzzer for singer Nightbirde who revealed she had cancer and only a small chance of survival on Tuesday’s America’s Got Talent.

The 30-year-old Ohio native said the song was about the last year of her life and that she struggled with cancer that was still in her lungs, spine and liver.

After his heartwarming song Simon, 61, seemed momentarily at a loss for words and Nightbirde stepped in and told him that “you can’t wait until life isn’t harder before you decide to be happy.”

Nightbirde left the scene still shaking with approval and revealed that she only has a two percent chance of survival, but that “two percent is not zero percent.”

She told the judges ahead of her performance that it was important for everyone to know that she “is more than the bad things that happen to me”.
Really special: she started to cry as Simon took the stage to give him a hug and told him everything about his performance was “really special”
Two percent: Nightbirde shared that she only had a two percent chance of survival, but noted that it was “not zero percent” before adding: “Two percent is something thing and I would like people to know how amazing it is ”